We are pleased to announce that the new stable version of GCDkit has been just released! It is a bit ashaming, but it has taken exactly five years to debug some of its revolutionary features.
First, the system enables editing plates of multiple plots, in a manner previously available only for some of the stand-alone plots.
Second is the internationalization – we have introduced dictionaries, serving for the translation of classification diagrams. Czech and French localizations are provided as an example.
Third, we  have made some important steps ahead stripping the core of the system of the (M$ Windows-specific) graphical user interface (GUI). Most of the commands can be invoked now in the batch mode, thus further speeding up otherwise tedious processing of large data files. This will ultimately enable writing programs running GCDkit from the command prompt, and potentially also design some alternative GUIs.

The new version can load data from Excel 2007 (xlsx) files (32bit systems only!). New are also persistent options (such as directory with your favourite data) , that can be modified in a simple GUI and then saved to a configuration file. Of course, the release addresses the stability issues, improves the appearance of the plots, and brings several new diagrams and plugins.

Finally, the sazava.data data file became integrated to the system. Thus the new features can be illustrated by a number of examples in the help system (viz). For example: 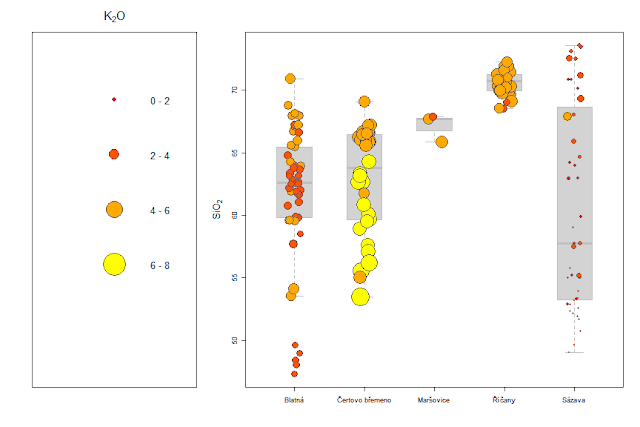 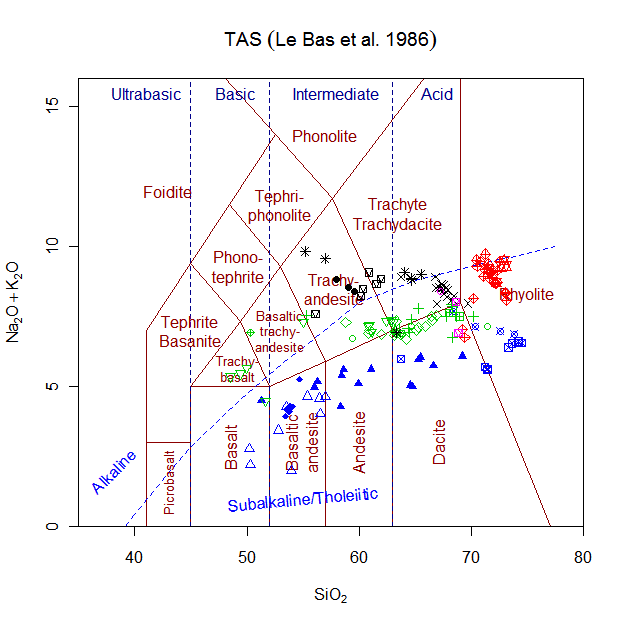 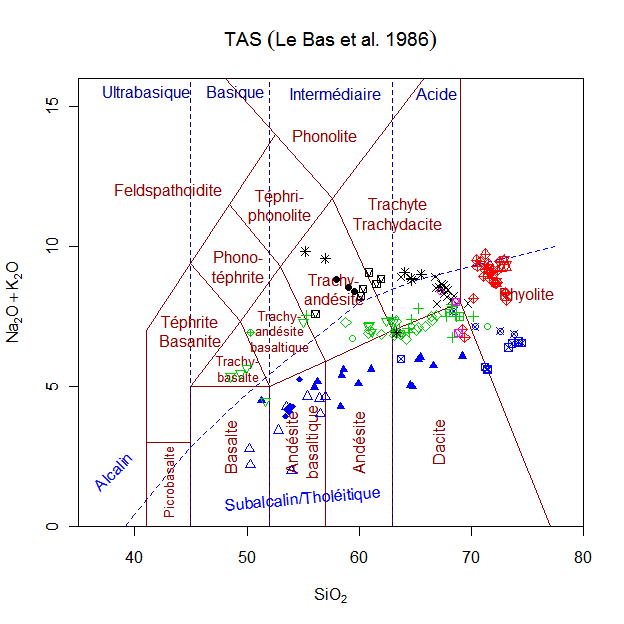 Posted by Vojtech Janousek at 23:13